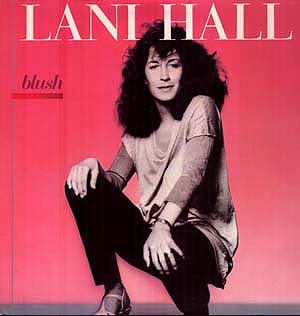 Tracks 8 and 9 produced by Allee Willis and Dick Rudolph

Lani’s fifth solo album, Blush, finds her being produced by Allee Willis. She was the lyrics composer on the title track to the last album, and did the lyrics for all songs on this album. Allee Willis would also go on to fame and fortune as co-writer of the theme song to the TV show “Friends,” the Rembrandts’ “I’ll Be There For You.” While disco flavors into several cuts on the album, there are ample ballads here as well. In fact, the quintessential Lani & Herb duet, “Come What May” debuts here. It would appear in different forms several more times on later albums, but this is the song at its best. A power ballad that is a favorite among Lani’s fans, the song builds to a harmony crescendo in the middle, and calms back down to a fade with Herb Alpert’s beautiful flugelhorn solo trailing out.

Three other outstanding ballads are “Love Me Again”, “I Don’t Want You To Go”, and “Wish I Would’ve Stayed.” The beat-driven tunes include “Where’s Your Angel”, “In The Dark”, “No Strings”, “Ain’t Got Nothin’ For Me”, and the almost-disco “Only You.”